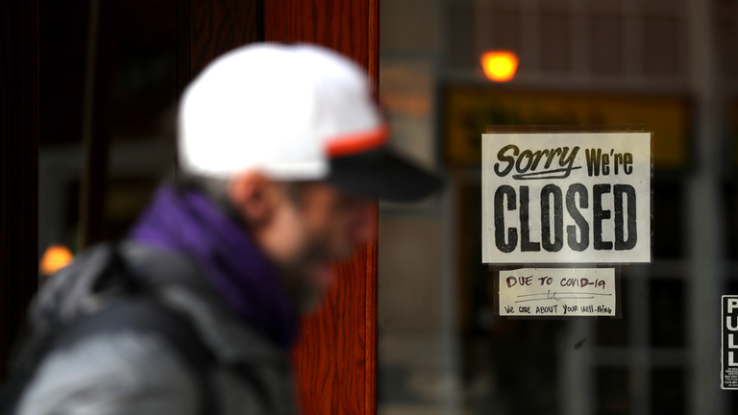 In the coming months, Canadian politicians who have ignored the role of small businesses are going to get  how important they are shoved in their faces.

Most politicians like to talk about workers and what they are doing to protect them during the SARS-CoV-2 pandemic.

That’s natural. Businesses don’t vote. Only their workers do.

But small businesses are vital to the economic health of the country.

Few people know that small businesses (businesses with less than 100 employees) constitute in excess of 30 per cent of the country’s Gross Domestic Product.

Even fewer people understand that small businesses employ the vast majority of men and women in Canada  (69.7 per cent) and medium size businesses (100 to 499 employees) 19.9 per cent.

The federal and provincial governments, to be sure, have assistance programs, but it’s doubtful they will keep many of the small businesses afloat.

In some parts of the country, such as Alberta, already hit hard by the downturn the market, up to two-thirds of small businesses say they will stay closed.

It is is not much better in other areas of the country. According to the Canadian Federation of Independent Businesses (CFIB), there are fears aid may not enough be for the 80 per cent of small and medium-sized businesses forced to partially or completely shut their doors.

Now, as some governments begin to lift restrictions on who can and cannot reopen, there is a measure of hope.

But what the government doesn’t understand is for many small businesses, it will not matter if barbers can open if they’re in the catering business, for example, and no one is gathering in large numbers.

As I’ve written numerous times now, it is far easier to freeze an economy than it is to thaw it out.

All of which means that the much anticipated “V” shaped recovery is unlikely to materialize.

The effects of this shutdown will be felt for many months to come and perhaps many years to come.

We need a better plan to deal with the pandemic. We can’t keep shutting down the economy to fight a virus.

As it is, Canada and the United States have lost $4 trillion in production.

Imagine if we had taken $100 billion and spent it on senior care facilities, we would have avoided 80 to 90 per cent of the deaths caused by this virus born in China.

If you like my work, please consider a tip. It encourages me to continue working and is greatly appreciated. My Tip Jar.

This site uses Akismet to reduce spam. Learn how your comment data is processed.